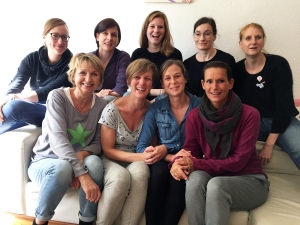 We have at least one thing in common: passion. For a good cause and for a school in Nicaragua that will bring together children from different backgrounds.

Her private passion for surfing led highschool teacher Anne Plein to Nicaragua. It was in July  2015 that she visited the country for the first time and met a Swiss family that was about to move back to Europe. Popoyo had no school they considered good enough for their kids.

Local families, on the other hand, cannot just move to another country to provide a better education for their children. Together with Lena Schärer, who managed a hotel in Popoyo at the time, Anne developed the idea of opening a school in the surfing village.

Back in Hamburg and Berlin the idea grew and both Lena and Anne activated their contacts in Nicaragua and Germany to take the founding of a school and an association further.

In October 2016 they started the association „A School for Popoyo“ with the help of a number of friends. We work together to support the school and to raise scholarships for as many Nicaraguan kids as possible.